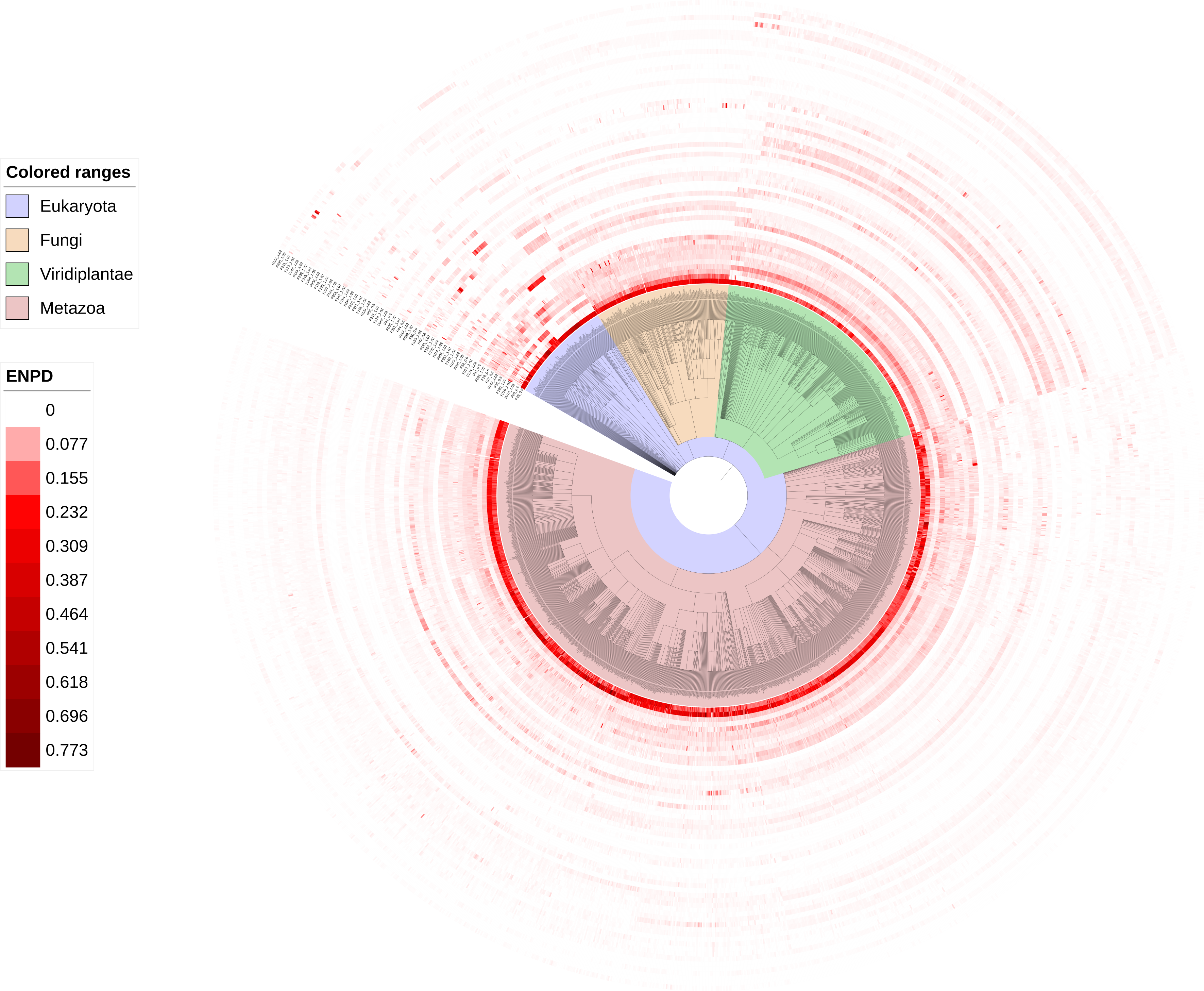 NBP families compared within eukaryotic lineages. Colors in the figure show the percentage of NBPs in each NBP family over all predicted NBPs in a species. NBP families were found to be expanded or absent in different lineages. For example, family F49- RRM was found to be prevalence in all eukaryotic lineages while F06- C2H2 ZF was found expanded in animals and fungi but not in plants. This database covers evolutionarily important lineages such as Alismatales (basal monocots), early-diverging eudicots (primitive dicots), Palaeoptera (an ancestral group of winged insects), Bivalvia (mollusks with shells divided into two halves) and Cephalopoda (the lineage containing squid and octopus), none of which are recorded in the previously NBP databases. 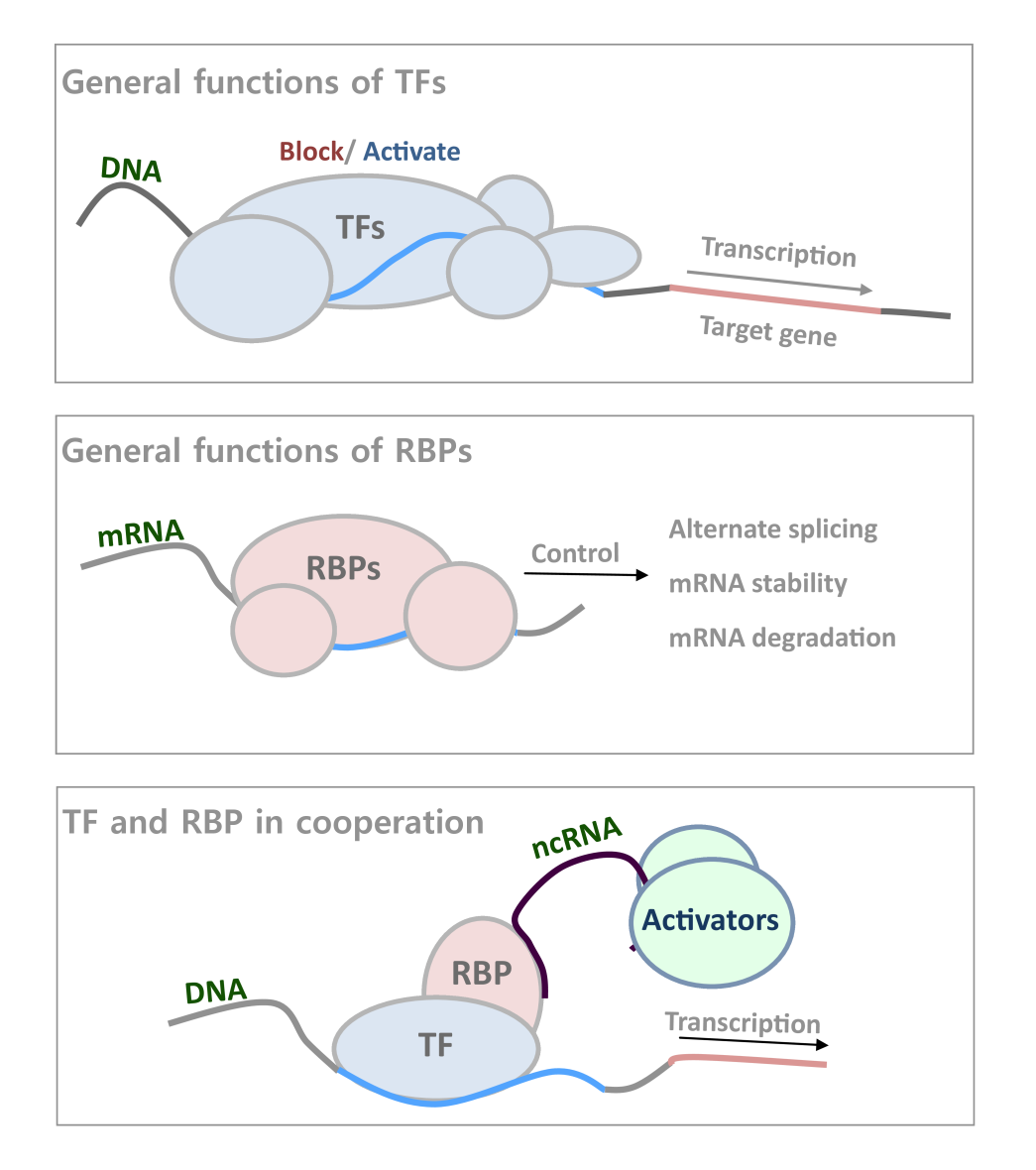 General Functions of TFs and RBPs. Transcription factors (TFs) and RNA-binding proteins (RBPs) are involved in every stage of gene regulation and are important for most if not all biological processes through interactions with DNAs and RNAs, controlling cell identity and pathological status. TFs usually bind to DNA regulatory elements of a gene, and regulate its transcription activity; while RBPs have diverse functions related to ncRNA mediated gene regulation as well as mRNA regulation, including alternate splicing, mRNA stability control, and degradation (1,2). The two types of protein can also cooperate together recruiting lncRNA for further activators recruitment(4). 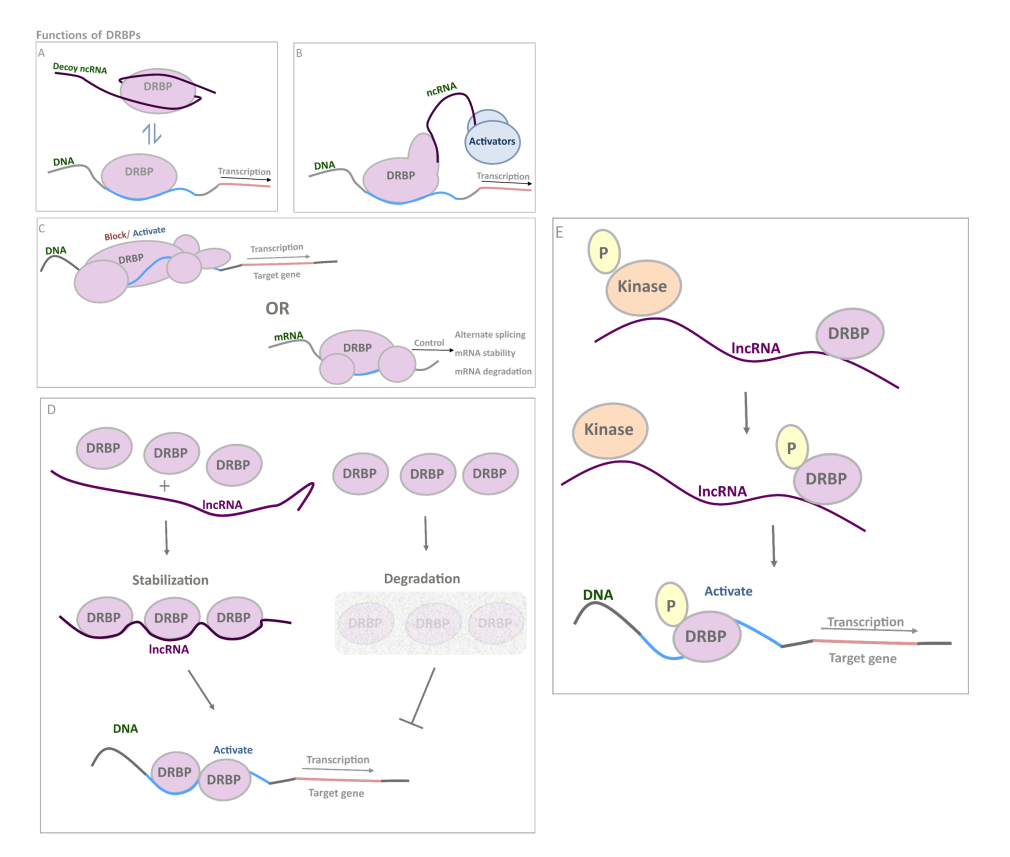 Functions of DRBPs. DRBPs have a wide range of distinct functions; (A) they could function as a typical TF with add-on abilities such as interacting with ncRNA decoys(5); (B) recruitment of ncRNA with co-activator function(6-10); (C) regulating mRNAs and DNA regulatory elements just as typical RBPs and TFs(11-14); (D) interact with lncRNA for stability enhancement, thus increase its own abundance and further activate downstream genes(15); (E) alter its phosphorylation status by the mediation of lncRNA, enhancing its gene activating activity(16).